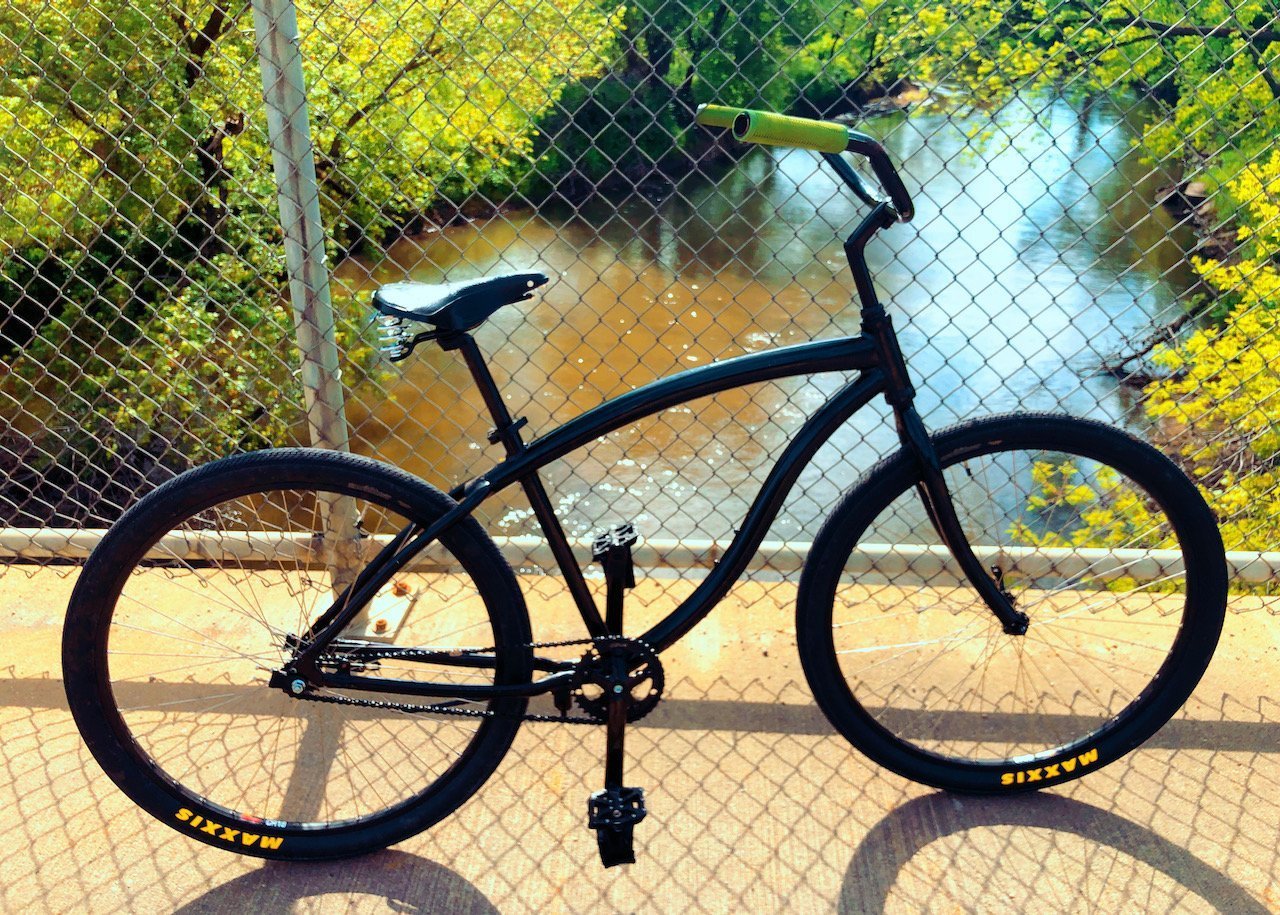 Contents hide
1 My Seat for the Ride Off Into the Sunset: The Brooks M67 Saddle
1.1 Share this:
1.2 Related

My Seat for the Ride Off Into the Sunset: The Brooks M67 Saddle

Brooks Saddles. Epic bike gear. If you are looking for the ultimate beach cruiser seat, this is it.

They are the classic bike accessory.
Made in England since 1866.
Handmade.

Which I find delightful on my ‘upgraded beach cruiser’ from Walmart.

The brilliant folks at Gold Finch Cyclery suggested I look at the Brooks saddle when they rebuilt my bike this past winter.

They ordered it for me a few weeks ago. Yesterday I rode into town and picked it up. This is a picture of the seat BEFORE the Brooks saddle.

As you can see, it has the Genesis logo on it, from the company that sold the bike originally.

It had two plastic springs. One of the springs went missing at least a year ago. In retrospect, that seat was more more wack than I knew.

In comparison, the The Brooks M67 Saddle is a dream. Other beach cruiser seats do not compare.

It’s like sliding behind the wheel in a very nice car. The car might drive like a Ferrari, but a lot of what we experience as satisfaction could be attributed to the touchpoints on your back and buttocks.

The leather is surprisingly tight and smooth.

After getting new wheels, cranks, and coaster brake, adding the greatest saddle I could find, seems like a suitable honor for this bike.

The Saddle cost almost as much as the bike, when I first bought it. But it’s almost made for beach cruiser bikes…

But now, something is different. Not in the way I see the bike, as much as it rides. Before I was riding on one broken spring and a waterbed seat. It was the cheapest ‘good’ seat they could put on the bike.

Imagine jumping backwards onto a platform from your toes.

That’s what it can be like as you go from off your seat to back onto it.

Jump backwards onto a platform.

If you are doing that at full-speed while bombing an intersection to avoid disaster, having a stable platform to jump back to, oddly important.

With the addition of a cruiser bike seat and the other upgrades, the bike has turned into a true carving beast.

When riding, it feels as if you are being pulled through a line.

Let me say that again, You feel like you are being pulled through a line or through a curve, through a carve. It’s stable and delightful and fast. Like a longboard on freshly groomed gnar.

The bike carves. The bike is the carve. The Bike is perfect. Thanks Goldfinch and Brooks!

[This is NOT a sponsored post. No seats were paid for by anyone but CBMS.]

It comes with some leather oil and a wrench to tighten the seat. Andy (I think) at Gold Finch Cyclery, installed it and treated the seat! Amazing service. Rad seat. Happy dude.